The most amazing smell of roses filled my little studio today, as I was ‘painting’ with roses.  Gently prying them apart or manipulating them into an arrangement for the newest card I am working on for Mother’s Day. 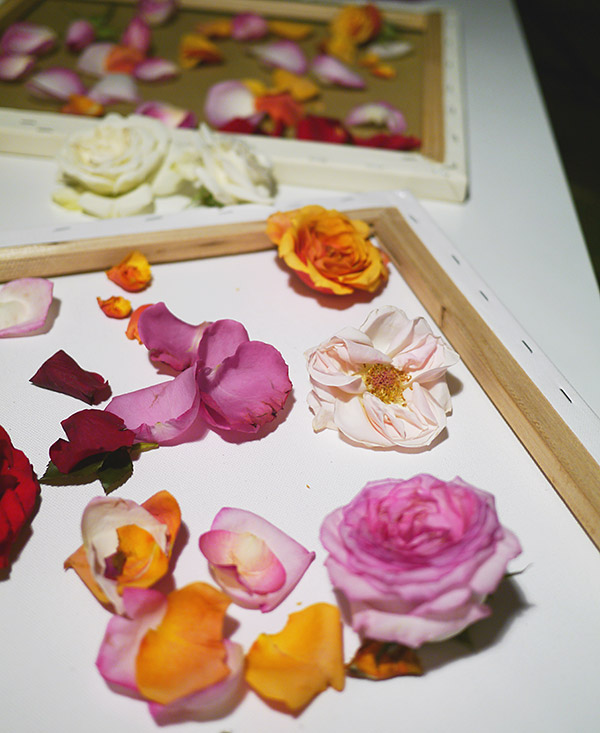 After weeks of working late into the night at my easel, painting on canvas, it was incredibly rewarding to work with this new medium. 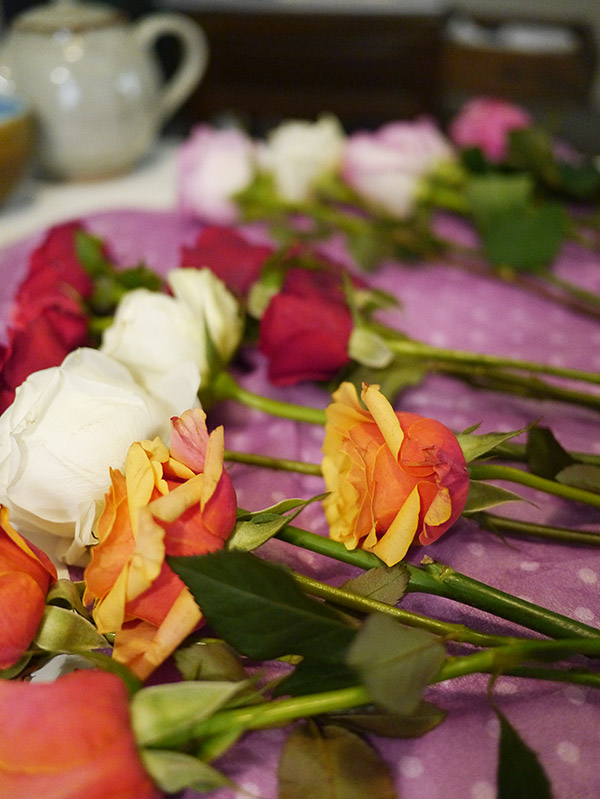 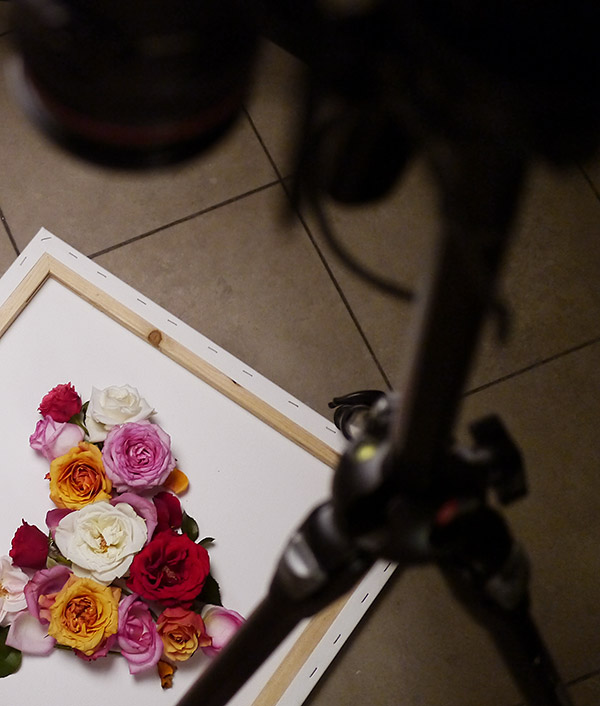 A slightly wilting rose is beautiful in a way that is hard to explain – there is an instant patina and texture, it reminds you how fleeting the delicate petals are, yet this is when we finally get to see the hidden beauty at the core.  I wanted to capture this in the arrangement of the petals and buds in the shape of a heart, not the cliche Valentine arrangement in usually brings to mind, but something slightly more ephemeral and imperfectly perfect.  If that makes sense 🙂 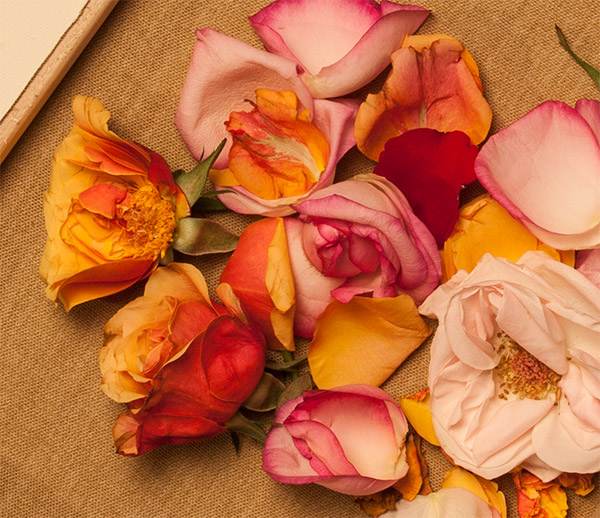 I must confess I cannot say that ‘no roses where hurt in the process of making this card’, but there were some lucky survivors that made it into a vase after the shoot.  I collected a nice big bag of petals now waiting in my fridge to be dried using a new method I am going to try in the microwave – later to be used in a painting, which I will post if/when it works out. 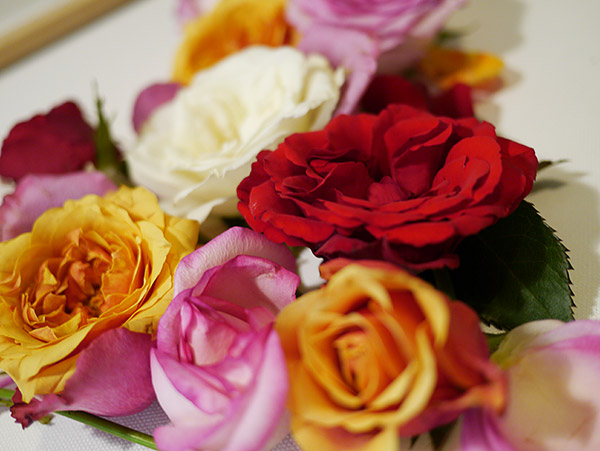 Going over the photos from the shoot this evening I was quite pleased with the results.  On to turning all of this into a story with animation … 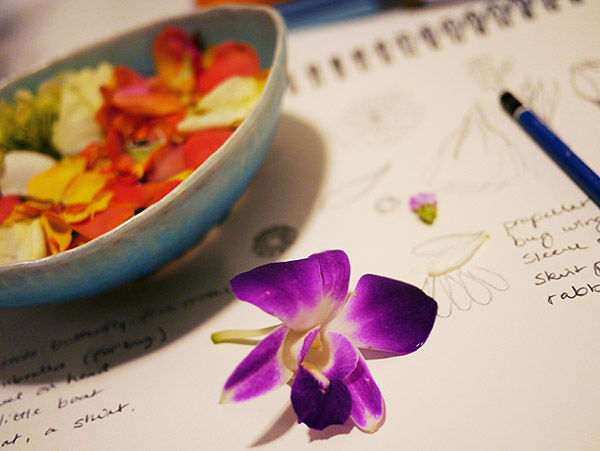 Earth Day is this Tuesday April 22.  To show our support of this global initiative I have created a card inspired by Ralph Waldo Emerson’s quote and we are making this card free for everyone to send along with our other Earth Day ecards all year long.
The card is part of our new series of Notes, for quick and easy sending, with full mobile support.  And best of all it features two of my favorite flowers, roses and peonies, all hand painted with loving detail!

Spring brings hope, inspiration and the promise of new beginnings.  So of course I have been inspired to launch a new line of Notes and here are the first ones for spring.  Perfect for sending a quick and easy message anytime with our classic modern look and design, as always hand painted for that unique Ojolie touch.

Today I started work on a new series of notes, the first will be available soon for spring, Earth Day and birthdays.  I will be sharing a little bit here and there of what I am tinkering with in the studio …

And while I had the camera out I couldn’t resist including a photo of the lovely light that filtered in … sending a little light from me to you!

Oh, and before I forget, as always let me know what you think and if you have any special requests 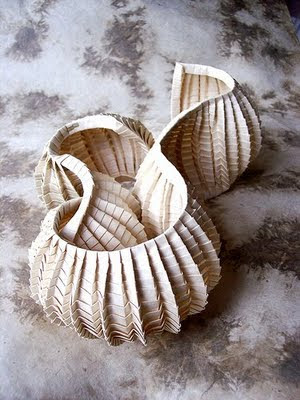 As you have probably realized by now, I like origami. I like the fact that you can take something as humble as a piece of paper and make something really beautiful, functional, imaginative and expressive simply by folding it. Now, I say “simply” by folding it, but honestly, it is not always simple. 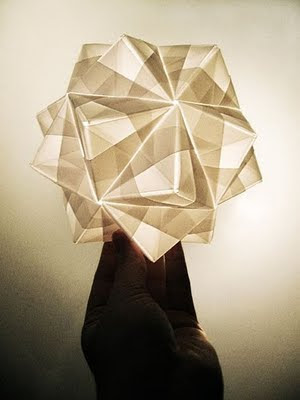 Sometimes even when an origami designer has gone through all the trouble of coming up with an amazing design and has outlined each step carefully, people like me, who don’t seem to possess the origami kind of mind get confused, little pebbles of sweat appearing on our brow as we unconsciously stick our tongue out and to the side of our mouth while we wrestle with this humble little piece of paper that just WON’T submit to us. 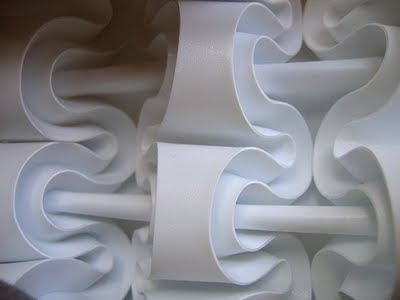 Photo and design by polyscene

So my hat’s off to all those frontier breaking origami designers who continue to come up with new ways of using origami to make clothing, fabric, home decor, art, etc. etc. etc. 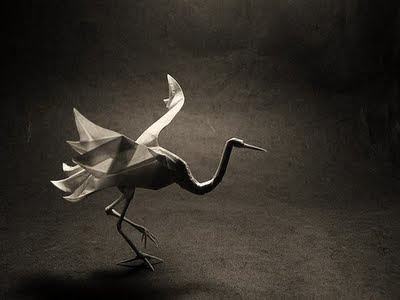 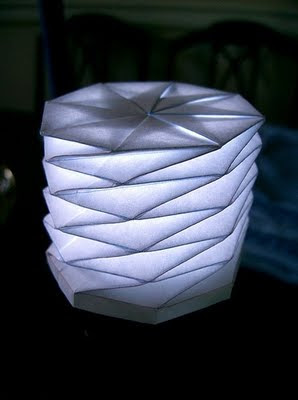 check out the Octuple Helix Compass Rose Jar from the fitful flog origami designer Philip Chapman-Bell
Teach your kids, it will increase their patience and small motor skills while having fun at the same time. With this in mind, you can look forward to another card planned for the holiday season which will feature more paper folding arts with instructions on how to fold it yourself. 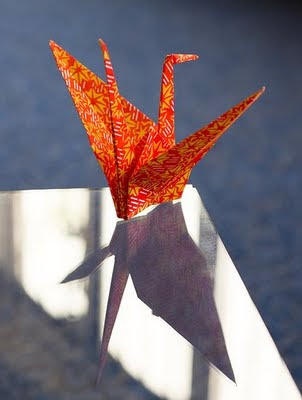 In the meantime, you can send the three cards I have already created about folding paper

You should also check out these fascinating blogs about origami which might even inspire you to get started folding away as well. 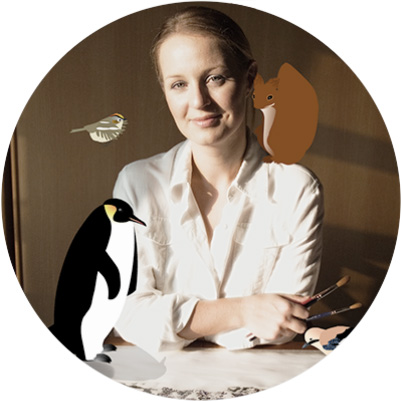 I will probably never get tired of painting flower

As an artist, I have to absolutely applaud that th

Monday morning when you just don't feel like getti

How has the beginning of your New Year been? I hop

When you get really up close and start looking at

Have any of the sustainable choices you made this

It's been another  year in the shadow of the glob

I love receiving homemade gifts, but so rarely rec

Unique ornaments have been a huge theme of our Chr

Experimenting with new paints, inks, and brushes i

After the Cyber Monday sales last week, many of us

Nutcrackers didn't start off as the classic Christ

For so many, the weekend after Thanksgiving signal

Thanksgiving is here! It is hard to believe 2021 i

Is there anything more beautiful than a long table

We are just ONE week from Thanksgiving, and it is

It is #NationalEntrepreneursDay, and if you're a b

Today is #WorldKindnessDay, and there are hundreds

November 11th is Veterans Day, a day to honor thos